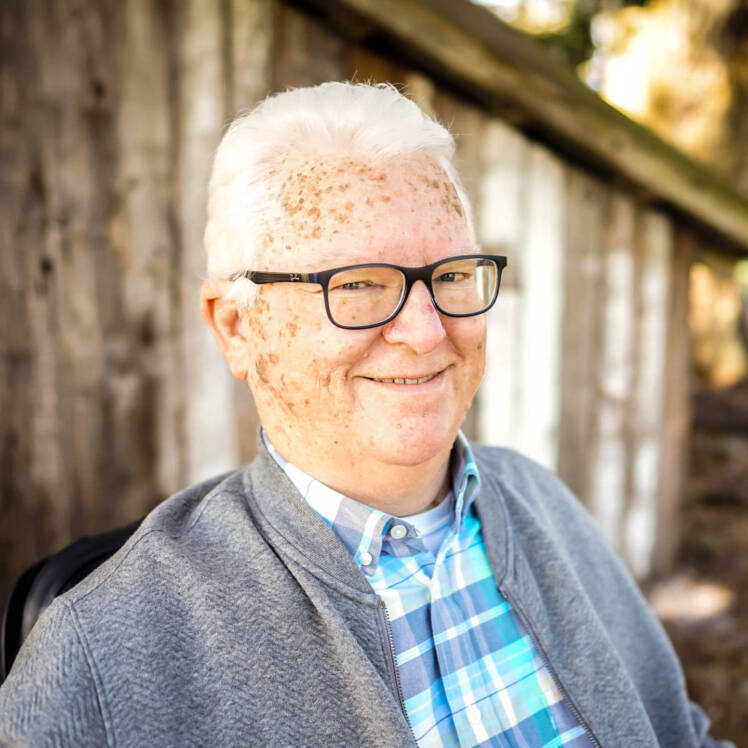 At the age of twenty months Jim’s family was informed that he had a rare form of Muscular Dystrophy and that they should expect a life of limitations. However, today many of those restrictions are now far behind him. For several decades he has rolled his wheelchair past one barrier after another, and the result is a schooled life in overcoming limits.

At the age of 6, the local floral shop set out a change jar and bought Jim’s first wheelchair. This action empowered his journey toward serving others and reaching for big dreams. Jim finished college and traveled 20 years as a professional vocalist & speaker. In his leisure time, Jim is an avid sports fan.